It was first reported a couple of days ago by Baldur Bjarnason on Mastodon, and also on Twitter by the popular painting program Krita, that “Adobe is collecting all of its customers’ pictures into a machine learning training set”. This means that, for example, if you’re using Adobe Lightroom or Adobe Photoshop with the Creative Cloud, Adobe defaults to adding all of your photos, videos, audios… to the set of data to train its machine learning algorithm.

When an interviewer asks me about youth and technology addiction, I tend to adopt an optimistic tone.  “We’re approaching a moment in which not using these apps will be seen as the authentic, counter-cultural move,” I’ll explain. “We don’t need to convince teenagers to stop using their phones, we just need them to discover on their own just how uncool these online media conglomerates, with their creepy geek overlords, really are.”

According to a recent New York Times article that many of my readers sent me, we might finally be seeing evidence that this shift is beginning to pick up speed. The piece, written by Alex Vadukul, and titled “‘Luddite’ Teens Don’t Want Your Likes,” chronicles a group of Brooklyn high school students who formed what they call the Luddite Club, an informal organization dedicated to promoting “a lifestyle of self-literation from social media and technology.”

Failure to cope “under capitalism”

The inability to do basic tasks is not always a political problem. 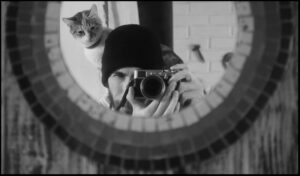